If you’ve asked yourself “Is recovery real?” this autism turnaround compilation is for you. It’s also for the sceptics out there. I have interviewed women from all over the world about their autism recovery journey.
The goal is to bring you hope. This blog is created as a response to all the people who still need proof that there’s another reality than “there’s nothing you can do.”

This library will keep on growing and you will be able to find a testimonial that speaks to you because the “before” scenario was similar to your current reality. What will your transformation be like?

Danielle recently watched her son deal with noise, kids screaming, and challenging and unpredictable situations WITHOUT meltdowns and that was a HUGE milestone that she wants to share with you so that you might experience the same.

That’s how Danielle described her reaction that the day when she was finally able to take her son to an un-planned event at school and he didn’t have a meltdown.

“He didn’t push, elope or react when kids of all ages started pushing and screaming.  He also didn’t protest when he was given his usual plum, apples and healthy treats while other children ate the pizza and candy that used to give him tantrums in the past.

Even though you might think that Danielle is lucky – in this podcast episode she describes the days when “she just cries out to God because she “simply doesn’t want to (or know how to handle) autism anymore.

Why? Because he’s still not speaking/communicating.

Because the progress he’s made has taken 3 years.

Listen to my interview with Danielle here

ADRIANA ZAK TURNED HER SON AROUND

Adriana did what they told her couldn’t be done. She turned the most stressful and devastating autism symptoms around with her son in nature by working on herself.

After the autism diagnosis, Adriana wasn’t offered any help from the authorities and the traditional autism mama community was not for her.

Too much victim mentality. Too much complaining.

In this conversation, she shares how she:

👣 Turned him from helpless to being able to do everything (including putting on clothes) himself.

👣 Fell in love with sleeping and nature (and why both now are her favorite doctors.)

👣 Stopped rigid and strange obsessions like lining up vegetables and fruits and obsessing over them as playmates.

👣 Went from relationship stress to peace by turning her son’s problems around.

👣 Worked on her own ability to speak her truth and saw her son’s speech improve.

HOW GOD & JESUS HELPED KELLI TURN HER DAUGHTERS AUTISM AROUND

Kelli’s incredible recovery journey with her daughter Hannah who went from having severe autism symptoms to no symptoms at all and a life in freedom as an independent adult.

How incredibly hard it was for Kelli and the family when her daughter was trapped in severe autism symptoms and the severity of her meltdowns.

How doctors did not understand Kelli or her daughter and how it drove Kelli mad and to the point of giving up hope.

How one tiny piece of gluten/dairy-based food sent Hannah straight into meltdowns when School or other people didn’t respect how important a clean diet was for Hannah.

How a very person who was also a pediatric chiropractor started praying over Hannah and break generational curses.
What spirit-filled healing information feels like and how to access it.

How this person of faith saw things in spirit (Holy Spirit) when she was adjusting Kelli’s daughter and how this sacred information.

The power of words and why you must be super careful with yours if you want to turn autism around.

God’s plan and why that’s NEVER the same as the doomsday prophecies (so don’t fall for them. )

How doctors now are admitting that know less than mothers like Kelli and therefore they are now referring people to HER.
The danger of victim mentality.
What God told Kelli about me (which I read out loud in the outro after the podcast interview with Kelli.)

“Our days have more ease. Everything is changing. To say that I am grateful is an understatement.”

My son senses this. I didn’t even realize our disconnect until I was no longer there. It took me months to feel like my limbs would not light on fire as I sat in meditation. And for the first time in a very long while, our days have more ease. I have been relieved. I could not previously find an authentic version of gratitude within me. But now that we have relief, feeling grateful is an understatement.

I created a Facebook profile just for the turnaround tribe group. And I wasn’t happy about it. I didn’t want to openly share. I didn’t want to show up. I wanted to hide away and do the content on my own. I felt I didn’t belong, I wasn’t worthy, I had nothing of value to contribute. But this group, the reflecting on my own experiences and theirs, was a big missing piece for me.

I had previously been meditating, pondering, and thinking through this healing in my mind constantly, in circles. But I never had to articulate it, speak it into existence, really work through it so that it could be explained to someone other than myself.

In hindsight, I can’t even imagine doing this work without these women alongside. I am forever grateful for Ninka sharing her story, for (re) connecting us all, and for faithfully and patiently guiding us toward the light at the end of our unique tunnels.

There were so many “aha moments” triggered by fellow member stories as well. So many realizations about myself, my children, and my self-sabotage. The content dives deeper and we support and encourage and get inspired by each other along the way.

(Staci invested in the Mindset Course and is a member of the membership “The Turnaround Tribe”.)

Personal trainer Arianna and husband Abdul are influencers and go by the name “San Diego’s coolest parent’s and their son’s autism turnaround journey with me, proves that they ARE.

In this tear-jerking episode (we cried a lot) she shares: How it felt when experts started to evaluate her son for autism just before she found me. How she diligently trawled through Instagram and Facebook knowing that “reversing autism” would be a censored hashtag to find proof that SOMEONE had turned autism around.

The ONE THING that saved her, and made the impossible turnaround possible even after the evaluation ended up confirming the suspicion of autism. What she did to go from lack of language and connection, tippy-toe walking and classical symptoms to deep connection and these words from his teacher:

“He is no longer being evaluated for autism.” Why they switched strategy from detox, focusing on the anger and the causes of autism, vegan diets and protocols to the barefoot autism warrior’s way and why that worked so well.

The difference between then and now in Arianna’s life, nervous system, relationship and presence as a mother. What she answers when people ask “what did you do” and why most people aren’t ready for that answer 🙂 So far, no one has ever been able to listen to this podcast without crying.

An amazing conversation with Stephanie Can Ykyol – an autism mom who turned her non-verbal child, her life and her relationship around by changing her mindset completely after meeting me.

How Stephanie dealt with mainstream autism experts who worked against her when she decided to turn her child’s autism around.

How she learned that she had to let go of Biomed, supplements and a practitioner to help her child (and the problem with b12).

The love-crisis and resistance from her husband and how working on her mindset and vibration changed her love life 100 % and how you can too.

How you can actually FEEL the vibration of healing and Stephanies best tip to try it at home.

Why mindset and beliefs are the #1 thing to change before diet, lifestyle and nutrition and how nature played a role as well.

The illogical and magical part of the healing journey.

Stephanie’s best advice for mom’s who are broken and on the verge of giving up which will give you hope.

What happened between November and February that lead to her partner saying: “Ninka is going to save our lives”. And how we did this together. Or rather – they saved themselves.

The synchronistic events and the role of Luke Storey. Also, how The Life Stylist Podcast episode with me lead Emma to her truth.

Moreover, the low point, the headbanging, the violence. Also, the shame and embarrassment in the nursery, supermarkets because of the meltdowns.

Furthermore, how and when she realised he had autism.

Especially, the autism personality that had her very worried. In addition, the extreme sensitivity that ruined their lives.

As well as, the scary change when Otto turned the 12 months corner.

Also, feeling like a failure as a parent and the excruciating shame.

The “typical healthy diet” that made things worse.

What it feels like to try EVERYTHING without results. Of course, the feeling of finally finding the things that worked for her child (and what it was).

PS: Here are 3 ways that we can work together when you are ready to fully commit to the turnaround journey:

Send me a voicemail 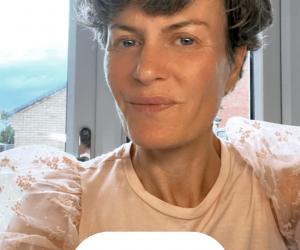 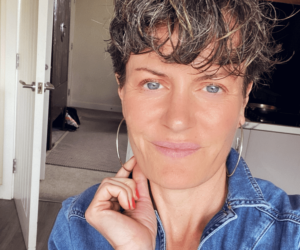 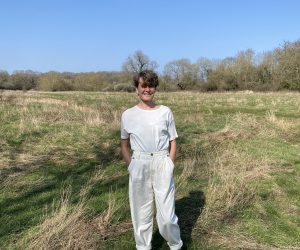 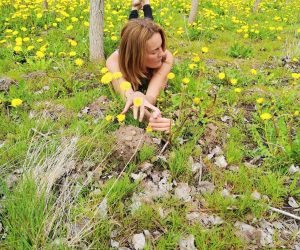 CAMPING TO HEAL AUTISM AND CANCER? 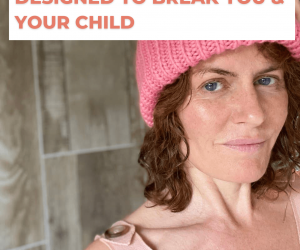 The Autism Matrix: Designed to break you & your child. 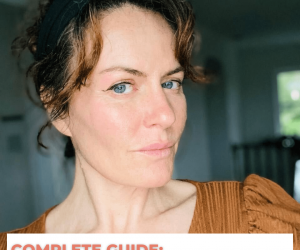 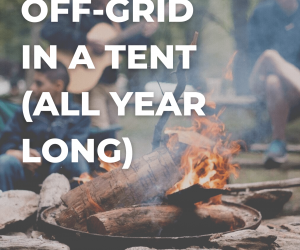 LIVING OFF-GRID IN A TENT (ALL YEAR LONG) 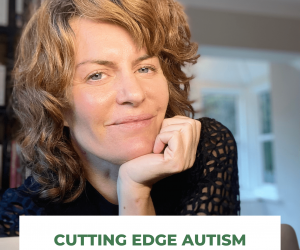 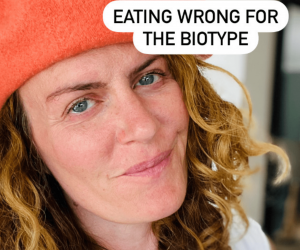 AUTISM CAUSE NUMBER 5: EATING WRONG FOR THE BIOTYPE

Let's talk autism mom health! Are you a cortisol s

5 reasons why your autistIc child has a tantrum an

Happy mothers day to all the brave mamas out there

They call me the "picky eater whisperer 😂" yeah